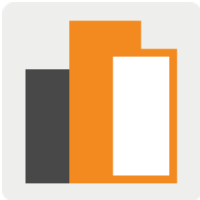 Skip to end of banner Go to start of banner

Appendix A: List of useful CSS definitions for button styling

The Button Editor makes heavy use of CSS definitions for styling buttons. The following lists give an overview of frequently used CSS properties.

The following color expressions can be used in menubar:

Appendix B: White- and Blacklist for Actions

If there are no actions available after setting the config to make sure that the action "none" is set as a whitelisted action. Also, it’s important to note that the trigger is not visible and can not be reused when the trigger is already defined but is blocked because of the config. For example, an onClick trigger cannot be set two times. The only exception is custom triggers which can be defined multiple times. 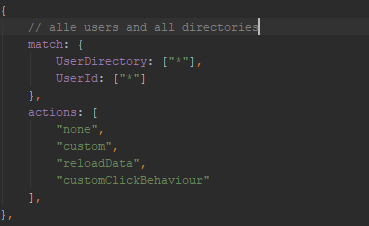 The following actions can be attached to events that trigger a button.

The Reload data action should be used with extreme care as reloading the app triggers a sheet reload which can result in the complete loss of unsaved comments on this sheet. Additionally, in the case of publicated apps, it is necessary to create a corresponding Security Rule on the Qlik Sense server. Security Rule configuration hints for this reload action can be found here: Enable the reload action for published apps.